Much has been accomplished over the past year, and there is much more to do in the name of peace. Lapid’s visit to the UAE kicks off the second chapter in this historic quest. 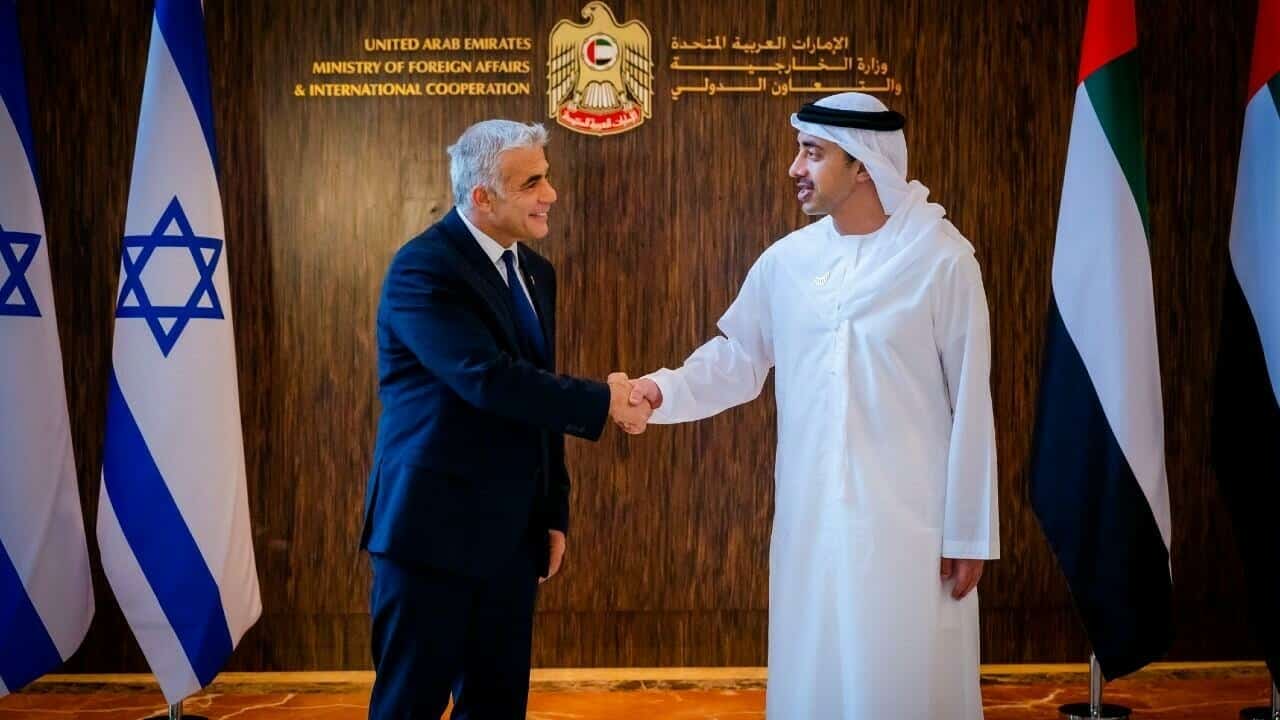 Yair Lapid, Israel’s new foreign minister and alternate prime minister, conducted a historic visit to the United Arab Emirates (June 29-30). Lapid landed in Abu Dhabi after first flying to Rome where he met the US Secretary of State, himself representing a new administration, and Bahrain’s foreign minister. Lapid’s visit can be described as kicking off the next stage of the Abraham Accords.

Announced in July and signed in September 2020, the Abraham Accords seemingly came out of nowhere. Israel’s quiet but growing relations with the UAE and other Gulf states prior to the agreements were one of the worst kept secrets in the region. Israeli companies operated through foreign subsidiaries and governments quietly cooperated on sensitive regional matters. Israel had already been invited to the Dubai World Expo and had a diplomatic presence at the UN Renewable Energy Agency in Abu Dhabi.

But with Israel mulling annexation of parts of the West Bank, the UAE saw a unique opportunity to show real leadership. For those paying close attention, the UAE’s Ambassador to the US, Yousef Al Otaiba, one of the architects of this move, penned a telling op-ed in the Israeli daily Yediot Aharonot urging Israel to forgo the move lest it bring a halt to the positive momentum underway.

Otaiba talked about the potential for collaboration between the “region’s two most capable militaries” who are long-standing US allies. Otaiba went on to suggest that such relations would bring together “the two most advanced and diversified economies in the region… (and) could accelerate growth and stability across the Middle East.”
However, he warned that “annexation will also harden Arab views of Israel just when Emirati initiatives have been opening the space for cultural exchange and broader understanding of Israel and Judaism.”

The UAE’s engagement offered Israel normalization in exchange for halting annexation efforts. Decades of rejecting normalization with Israel until there was progress on the Palestinian front seemed to be going nowhere. In fact, Israel had concluded, rightly or wrongly, that nothing it would ever offer the Palestinians would suffice, and it was time to take care of its own interests.

"We are standing here today because we chose peace over war, cooperation over conflict."
Powerful words from @yairlapid

The UAE also saw a broader regional context. It saw a rising and menacing Iran, a threat of radical Islam pushed by regional rivals Turkey and Qatar, it saw instability and it saw a United States looking to minimize its Middle East presence. In the Gulf, “win-win” situations are preferable. Here was a clear chance for everyone to win – strategically and economically – and for Abu Dhabi to take a major step in assuming the leadership of the moderate camp in the region.

Who knew how far and fast this normalization would materialize?

Even with Covid raging and Israel having shut down tourism for extended periods of time, roughly 200,000 Israelis have travelled to the UAE. Emiratis, who cannot yet travel to Israel at time of writing due to Israel not allowing tourism, are eager to learn and see for themselves.

Emiratis are learning Hebrew and studying up on Judaism and Israel. The UAE opened its embassy in Israel and appointed its ambassador, Mohammed Al-Khajah, while Israel appointed Ambassador Eytan Naeh to the critical post in Abu Dhabi. The two countries even weathered their first test – the violent flair-up between Israel and Hamas in Gaza.

Bi-lateral trade and investment is already at over 2 billion shekels through the first 10 months of normalization, and this is only the beginning, as major investments, infrastructure projects, institutional collaborations and more are being planned. As the economies and societies become more intertwined with one another, all are expected to benefit.

But more importantly, the regional narrative is changing before our very eyes. The accords opened a door for others to walk through. Soon after, Bahrain, and then Morocco and Sudan joined. Others are warming up, even if they are not yet ready to fully engage. The UAE assessed that the benefits of full relations with Israel would outweigh the criticism – domestic or regional. And so far, this assessment has proven correct.

In the meantime, we have new administrations in Washington and Jerusalem. Two of the three governments responsible for orchestrating what will likely be remembered as the key foreign policy accomplishment of their tenures are no longer in office.

‍What did Lapid accomplish with this visit?

Lapid’s visit, was meant to open the next chapter in the Abraham Accords. Give credit where credit is due, but these Accords are bigger than any one leader, administration, or party.

Lapid’s visit was as symbolic as it was practical. There is a new government that wants to pick up where the previous one left off. This visit was intended to forge relationships and showcase foreign policy priorities, and kick off phase two.

Practically, this was expressed in three ways: FM Lapid ceremonially opened the Israeli embassy in Abu Dhabi and the consulate in Dubai, the two governments issued a joint statement and Lapid and his counterpart Foreign Minister Sheikh Abdullah bin Zayed Al Nahyan penned a powerful op-ed.

According to the joint statement, the countries agreed to move  forward on economic cooperation, including toward a free-trade agreement, and expanding investment and cooperation on infrastructure, science and tech, research and more.

In addition, the sides agreed to promote a narrative of peace and help the region move forward in fields in which both countries excel – namely “technology, clean energy, climate change, agro and water technology, combating desertification, transportation and health.”

The sides will also work together regarding the Covid-19 challenge, sharing data and research, and create a quarantine-free travel corridor as soon as is possible, to encourage travel between the nations.

While the previous Israeli government opened the relations, many bureaucratic blockades remained, and this visit was intended to open those up so fuller cooperation can take place.

The op-ed, published in the National, a leading UAE-based paper, recalls the achievements of the past year, but more importantly, the vision behind the accords.

Israel and the UAE are two of the most advanced nations in the world. By coming together, combining Israel’s innovation with the UAE’s implementation and scalability skills, the Abraham Accords can, and are intended to benefit the whole region. The authors wrote, “In order to achieve this vision, we must work hard to create opportunities for engagement and encourage others to join these efforts. This pursuit can only be bolstered by multilateral co-operation among countries similarly invested in opting for collaboration over confrontation.”

The op-ed ends with the following: “Peace isn’t an agreement you sign – it’s a way of life. The ceremonies we held this week aren’t the end of the road. They are just the beginning. In doing so – in deciding differently – we choose peace.”

Much has been accomplished over the past year, and there is much more to do in the name of peace. Lapid’s visit to the UAE kicks off the second chapter in this historic quest. 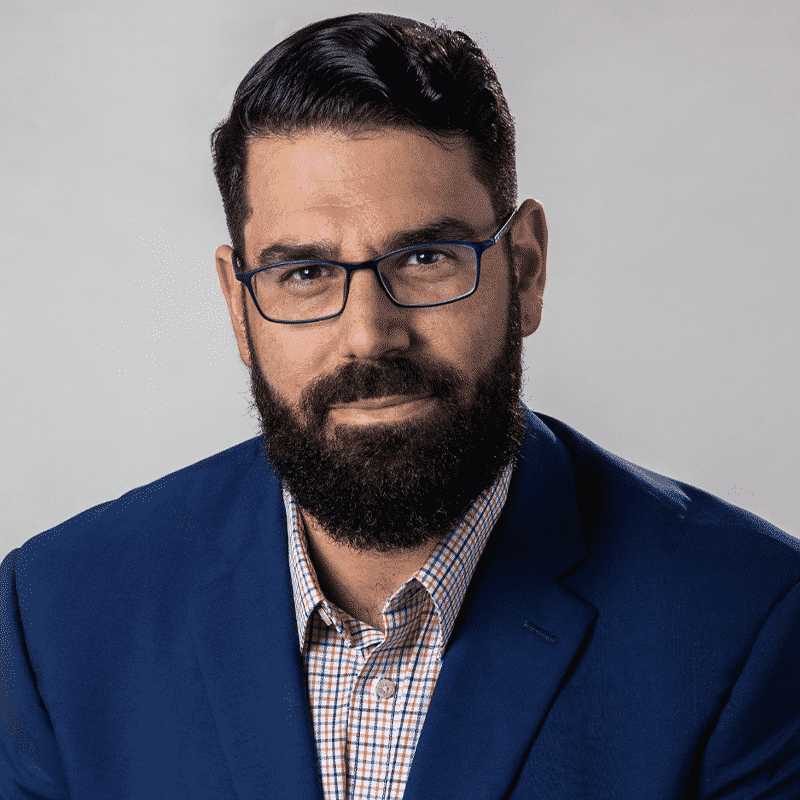 Dan Feferman is Director of Communications and Global Affairs at Sharaka. He is an author, researcher, speaker, podcaster and frequently appears on international news outlets speaking on the Middle East and Israel. Dan is a founding member of the UAE-Israel Business Council.

Our StoryOur ActivitiesOur Board